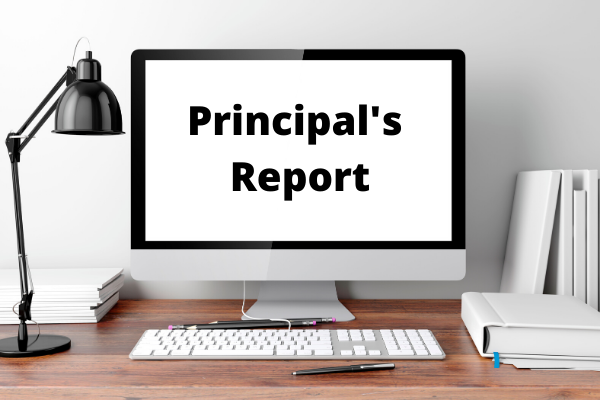 We have once again visited Flexible and Remote Learning (FRL) as our community continues to respond to the coronavirus (COVID-19) pandemic. Throughout each lockdown our school community and the individuals that make it up have continued to demonstrate the ability to not only manage change but to make the most of the situation.

Our staff team have been working diligently to allow us to deliver remote Flexible and Remote Learning for this period of lockdown. The success of our students and your children during this time is heavily reliant upon us all working together as a team and communicating the expectations, the successes and the challenges. As such we ask that students and parents are regularly checking COMPASS as our main communication tool. COMPASS also allows parents the opportunity to communicate directly with our teachers.

Please try to stay positive, calm and remind your children that everything will be alright, we are doing this to ensure the safety of our community and so that we can return to normal schooling as soon as we can. We thank our school community for their support and flexibility at this time and look forward to welcoming students back on campus as soon as we can.

There's been lots of change going on lately, especially to the way you are learning. There are also some changes at school. Right now, it is hard to know how long these new changes will stay in place, or if lockdown will be extended. All these changes and uncertainty might make you feel confused, angry or overwhelmed. There are things you can do to look after your health and wellbeing. Remember, the kind of support you need may change as time passes. It is also important to remember your teachers and your school community are there to support you.

If things are getting too much, or you're worried about someone at home, talk to a trusted staff member or another trusted adult. It's also good to check in with your friends, to see how they are feeling. If you're concerned about another student's wellbeing or safety, it is important that you tell a teacher or another trusted adult. This isn't betraying a confidence, it's one of the best ways you can look after a friend. If the staff member is worried about your safety, or the safety of someone else, they will have to talk to the principal.

There are also lots of things you can do to look after yourself. You could:

Feeling It (Smiling Minds): To support the mental health and wellbeing of Years 10-12 students completing VCE and VCAL this year. Feeling It is a 6-part series of short videos which cover essential wellbeing topics: 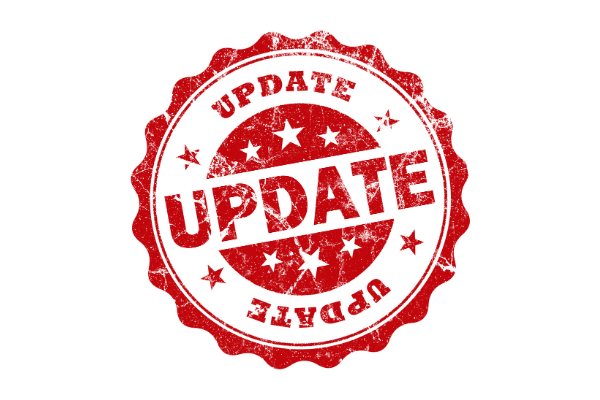 Following the Victorian Premier's announcements early today, Flexible & Remote Learning will continue for the remainder of Term 3, unless otherwise stated by the Department of Education.

The GAT has been moved to Tuesday 5th October.

Further information will be available regarding vaccinations for Year 12's in the following days.

Please keep your eye on Compass and Facebook for further updates. 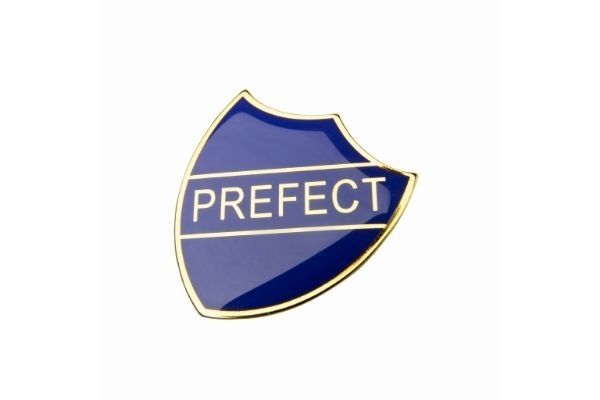 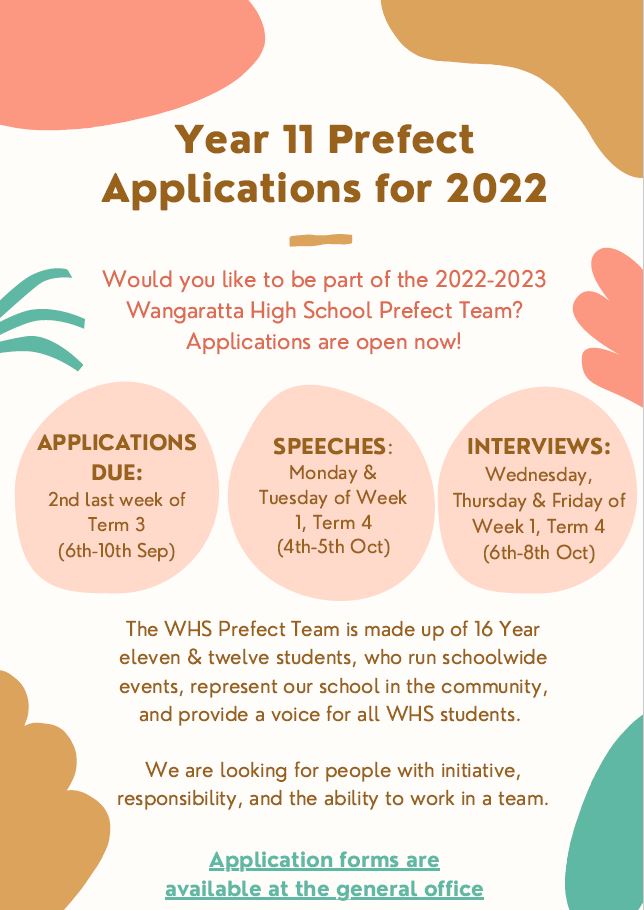 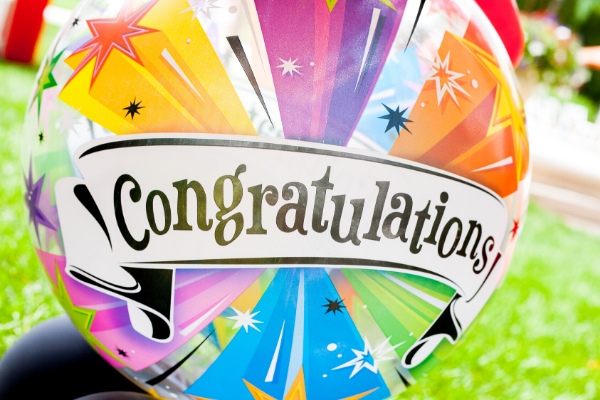 Over lockdown, one of our therapy dogs Frankie, has just become a mother for the first time!
Frankie gave birth to 7 healthy puppies.
On another note, Frankie is recovering well from birth, by currently eating 1.6kg of raw mince and 4 chicken drumsticks a day!
Congratulations Frankie! 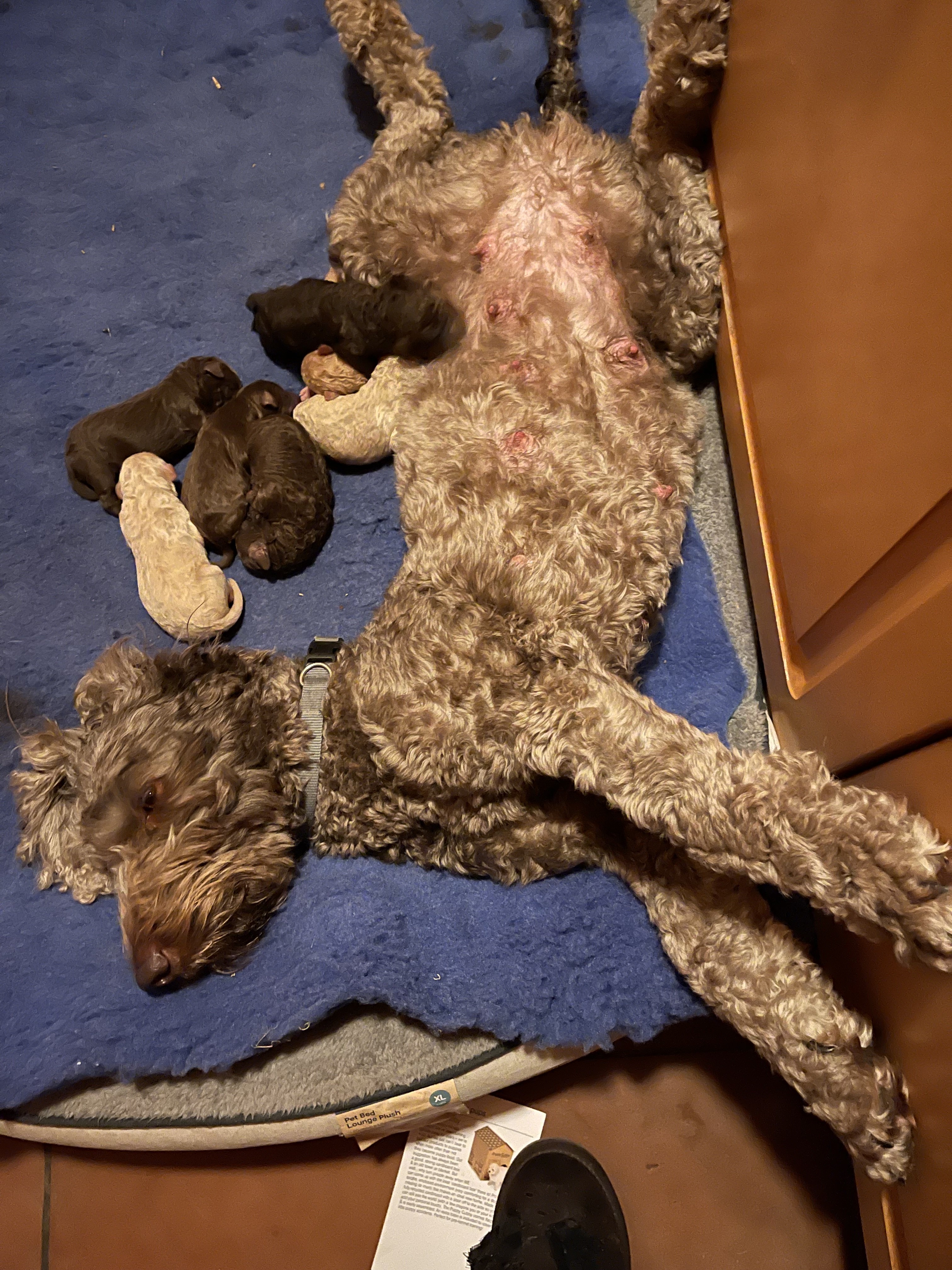 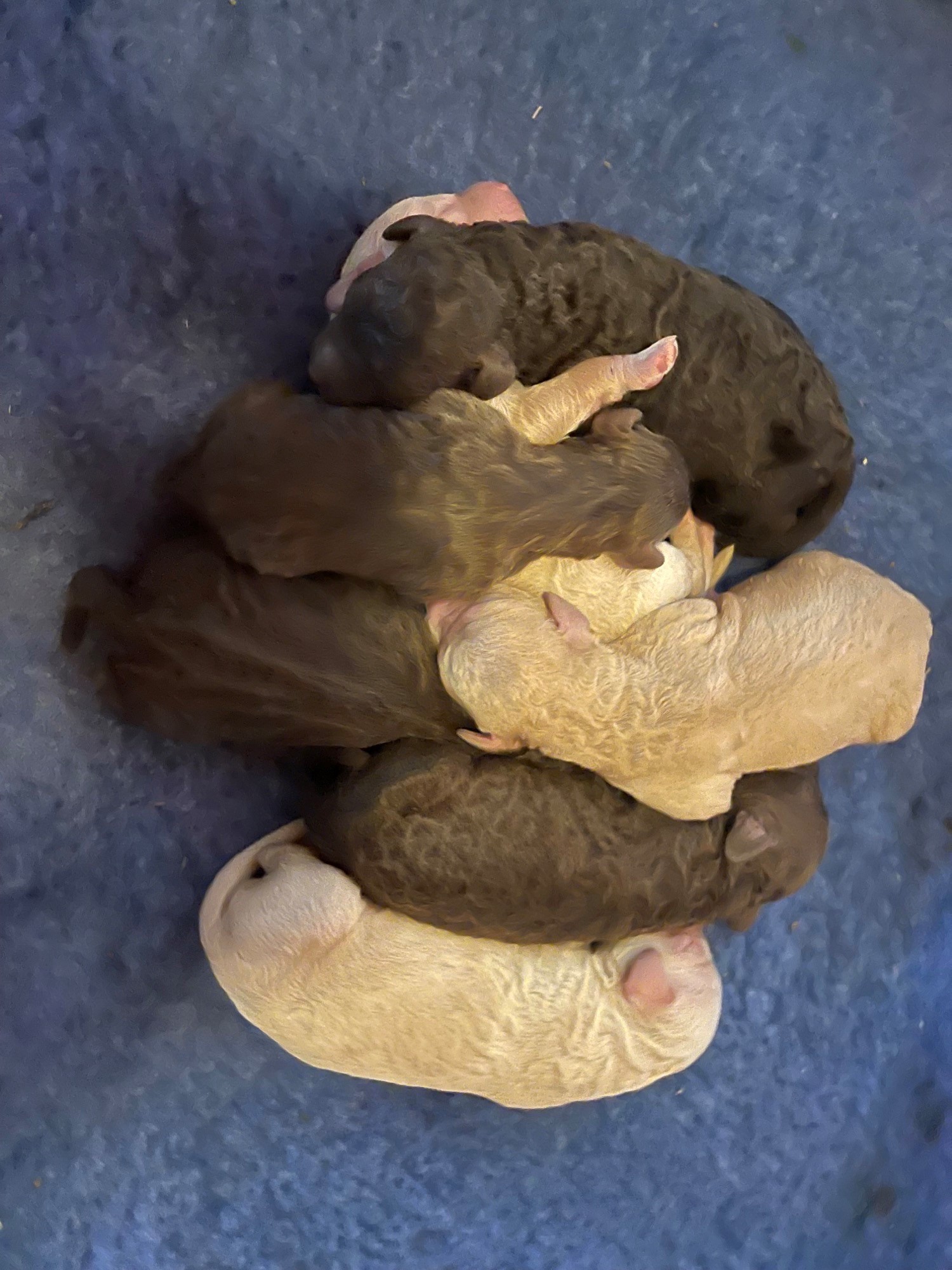 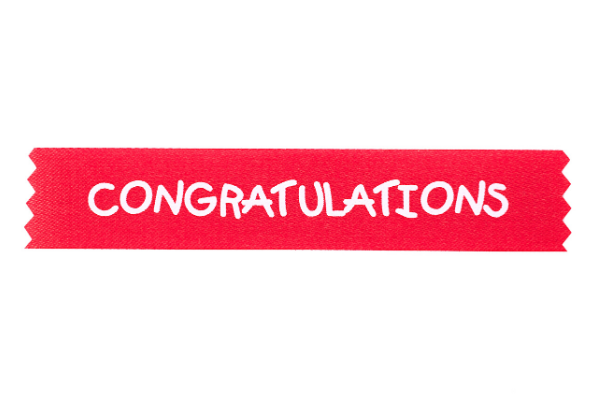 Congratulations to the following students for accumulating the most GOTCHA's for Week 5 & 6 respectively, of Term 3;

These 6 legends will each receive a $5 canteen voucher and coffee loyalty card when we return to learning onsite.
Keep up the great work during lockdown everyone! 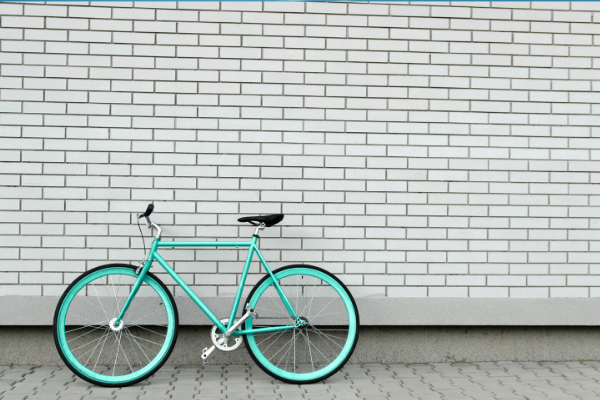 I am writing to you hoping that you will speak to your students about the bike jumps in Wangaratta.

We are constantly getting people from the community contacting us about the behaviours and actions of the kids, teens and young adults who are hanging out at the jump areas.

The bike jump issue has been going on for a long time, months before I started. Council staff have been actively looking for ways to allow young people to enjoy building and using bike jumps while respecting others and the environment.

We had discussion with a number of young people about the ‘rules’ or guidelines they had to follow for them to be allowed to build on the area. We had concerns from environmental groups and members of the community about the plants and trees getting damaged and the animals being harmed and losing their shelters.

I spent a lot of time talking to bike jump users at St Bernards & Arlington, reiterating that they can’t leave rubbish behind, chop down the trees, light fires and make jumps near tree roots.

We had large signs made up specifying the areas and a map showing where the other allocated jumps were. The signs also had the rules we agreed upon.

It wasn’t long before we got complaints. Jump ownership, bullying and threatening behaviour, rubbish left behind and fires lit.

Our teams would go and clean up the mess left behind. We don’t want rubbish getting in the waterways!

The sign at the railway bridge was the first to be vandalised. First it was spray painted, then ripped out and stomped on. We discussed the damage with our councillors, who agreed originally that we should keep the bike jumps in specified jump areas. They were disheartened, as we all were, and the decision to remove the railway bridge jumps was tabled.

Recently, damage has begun again at the Arlington bike jump site. It is hard for us to support these sites when we are having to deal with these actions.

We are one of the only Councils that let their young people build jumps on our land!

What we’re seeking from you:

We are hoping that you can get the message across to your students that it is not okay to damage trees, leave rubbish everywhere, abuse passers-by and light fires.

Local environment and sustainability groups as well council’s natural resource management team are really upset as young trees they planted have been broken, a waste of time and resources.

We really appreciate if you could make all students aware that we won’t tolerate the damage and complete disregard to the rules that we agreed upon. If the damage continues, we won’t be able to support these bike jump sites anymore and they will be dug out, with no further activity allowed. This is their last chance.

We’re sorry we have to bring this to your attention, but we hope that you can speak to the students and make them aware. It is worth noting that these actions and behaviours could result in police action. The signs installed were of a significant cost and the activity is blatant vandalism.

We don’t want our young people to lose these jumps. We think it’s great that they get out there and build them, testing their limits, collaborating with others, being active and off devices! 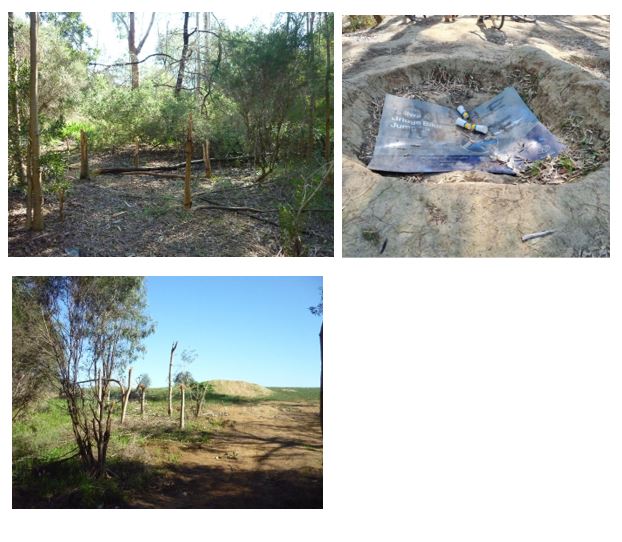 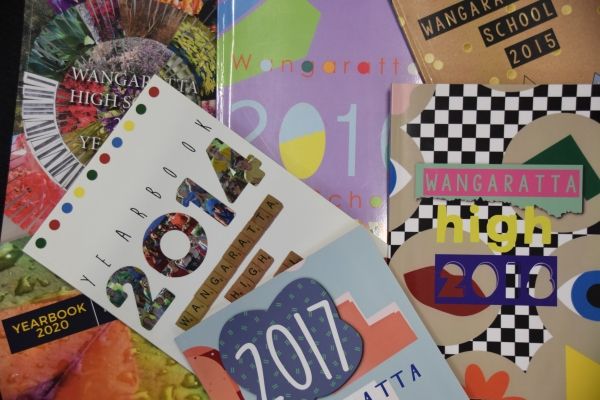 Wangaratta High School produces a "Yearbook" at the end of each year, and is avaliable to all staff and students to purchase.

The Yearbook fee will appear on your statement, unless you have specifically spoken to our Finance team to ask it to be taken off.

So we can gather a rough estimate of how many yearbooks to order at the end of the year, we are kindly asking that if you do wish to recieve a 2021 yearbook, to please have your allocated yearbook fee to be paid by the last week of Term 3. The yearbook fee is $22.

Please note that it is not compulsory to recieve a yearbook. If you and your family do not wish to recieve one, please notify our front office on 03 5723 0500 to have this fee taken off your statement.

If you have any photo's from throughout the year so far, we are trying to collate as many as possible to make this the best yearbook yet!
We are looking for any photo's to do with Wangaratta High School - photos from events, assemblies, artwork, achievements - if you have any that you think might be 'yearbook worthy', please bring them in on a hard-drive to Briony (Media/Events Coordinator) in the front office. 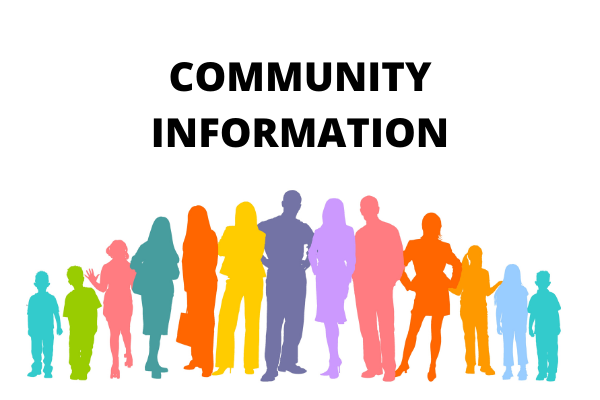 An exciting opportunity has arose for young people to join the Customer Support Branch as part of the Youth Employment Program (YEP).

This will be a VPS1 role and is funded by the Working for Victoria (WFV) Fund established to provide jobs for unemployed Victorians, including those impacted by COVID-19. We hope it will be a positive stepping stone for a young person in their early career who would enjoy a variety of work in an administrative  setting. It will be a chance to be part of a skilled and supportive administration team working in a supportive and inclusive environment.
If you are aged between 17-29 years of age, impacted by unemployment (or under employment) during COVID-19, you may be interested in submitting an application.

Applicants are encouraged to apply via email to  Chris.Boyle@health.vic.gov.au with their resume and brief summary about themselves.

Questions and enquiries can be directed to Chris Boyle via email – Chris.Boyle@health.vic.gov.au 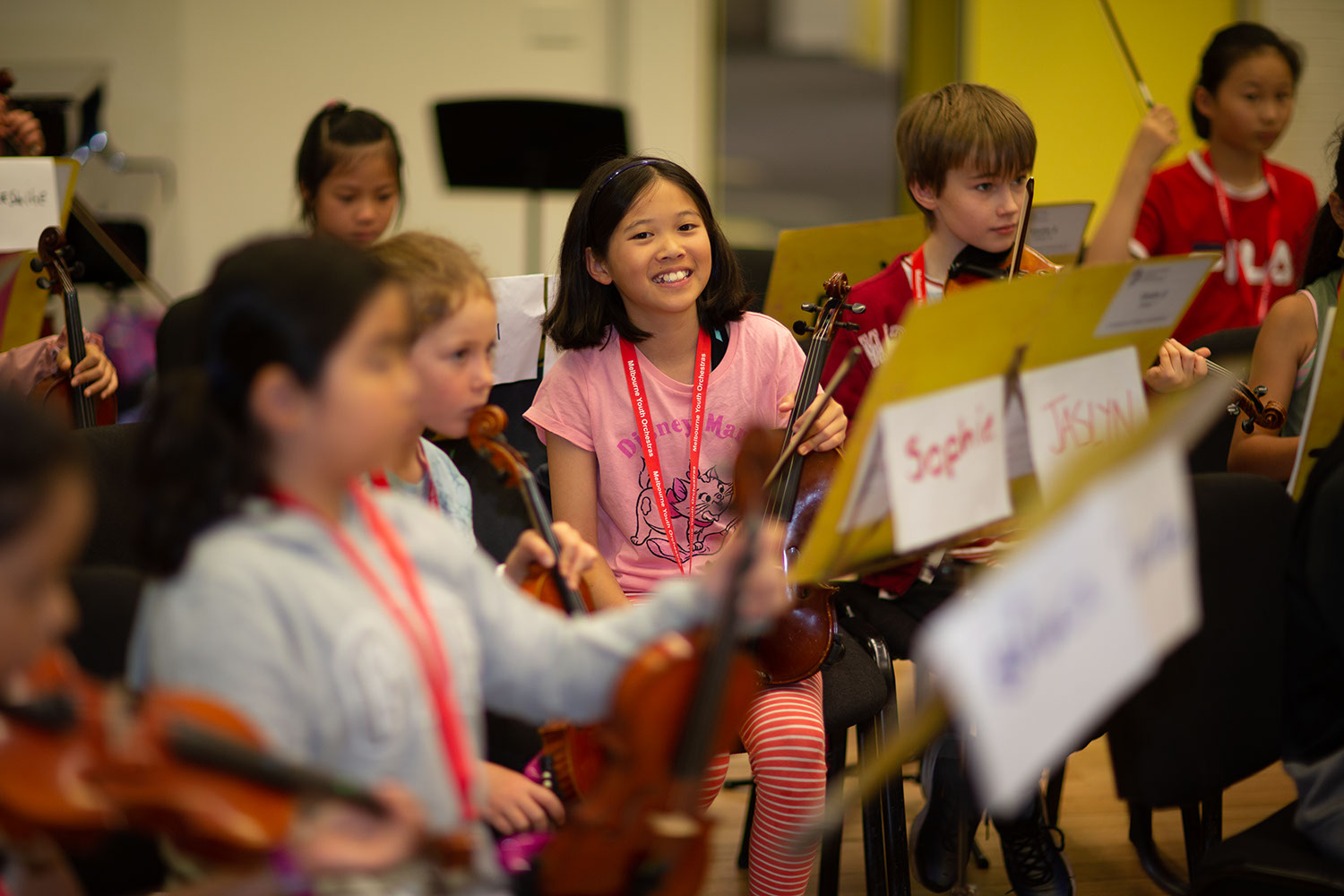 Do something you love this Summer! Come to the famous MYO Summer School in its 50th year, and join over 500 young musicians for an inspirational week of music rehearsals catering for all orchestral instruments, on levels. The week concludes with concerts for families and friends in the beautiful Elisabeth Murdoch Hall at the Melbourne Recital Centre. Register now for Summer School, running 10 – 15 January 2022. Apply at myo.org.au.

Our chefs are moving more than ever to keep pace with the growing demand for free, nutritious meals at this difficult time. Students and teachers can walk in their shoes to raise vital funds for FareShare.

The FareShare FootSteps Challenge is simple. You can walk solo, with friends or in school teams, in your own time and at your own pace. The aim is to clock up 25, 50, 100 or 150km over two weeks from Sunday, October 3. You can even run, ride or swim if you prefer, and you can choose your own distance. It doesn’t matter, just as long as you move for meals.

All funds raised will be used to cook nutritious meals for the many people experiencing hardship in our community.

To register for the FareShare FootSteps Challenge, click here and enter your school team or individual walkers.

For more information about FareShare, please go to our FareShare website.

If you need any further information or assistance, please don’t hesitate to contact us at schools@fareshare.net.au. 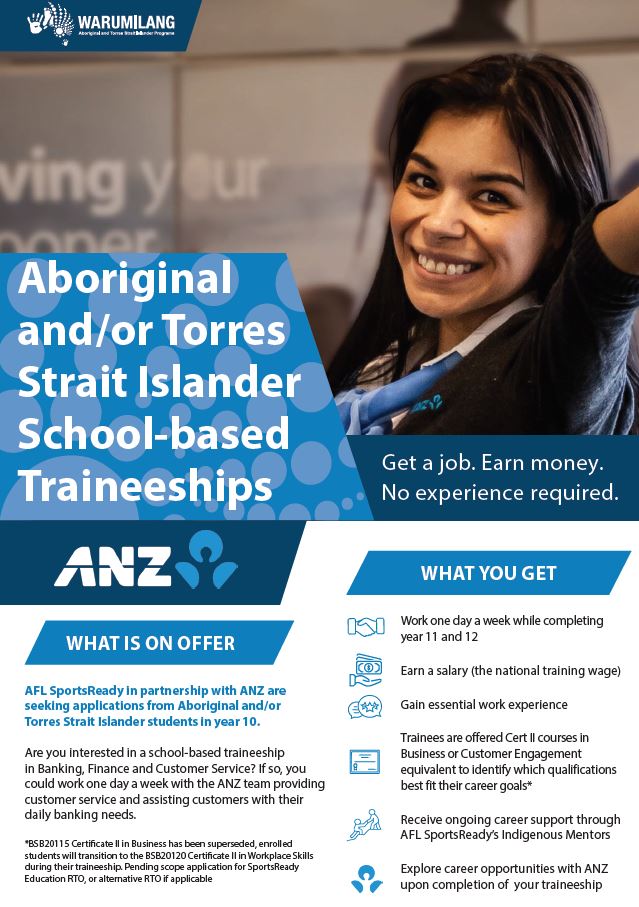 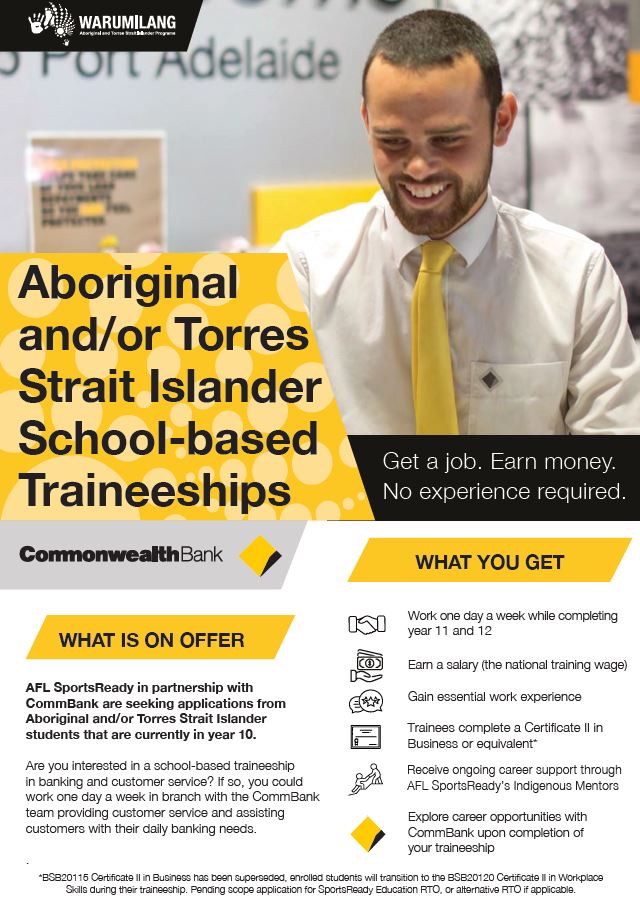 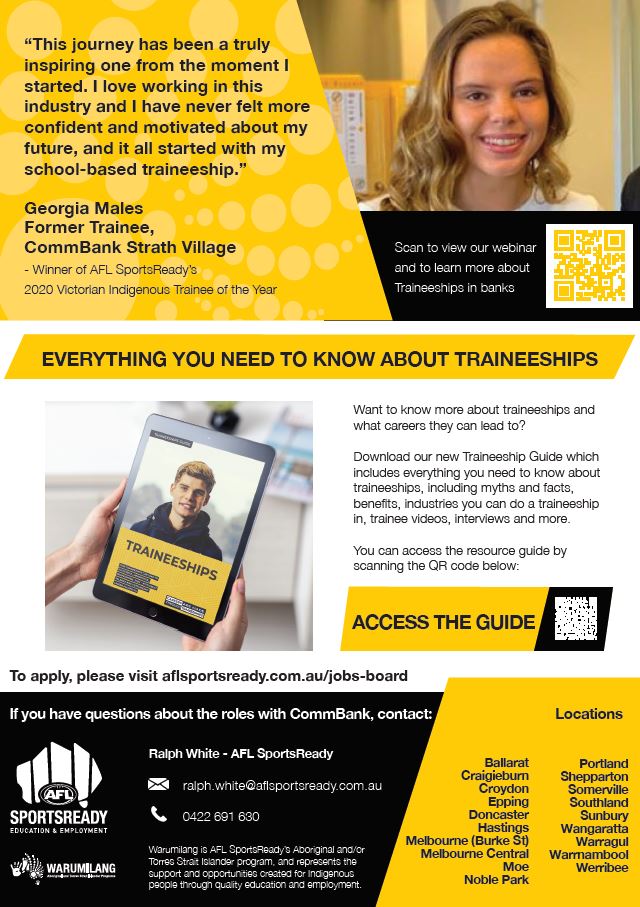 The Digital Innovation Festival is on for the next 2 weeks - there are several exciting and interesting virtual events happening.
No registration required – simply click on this link. 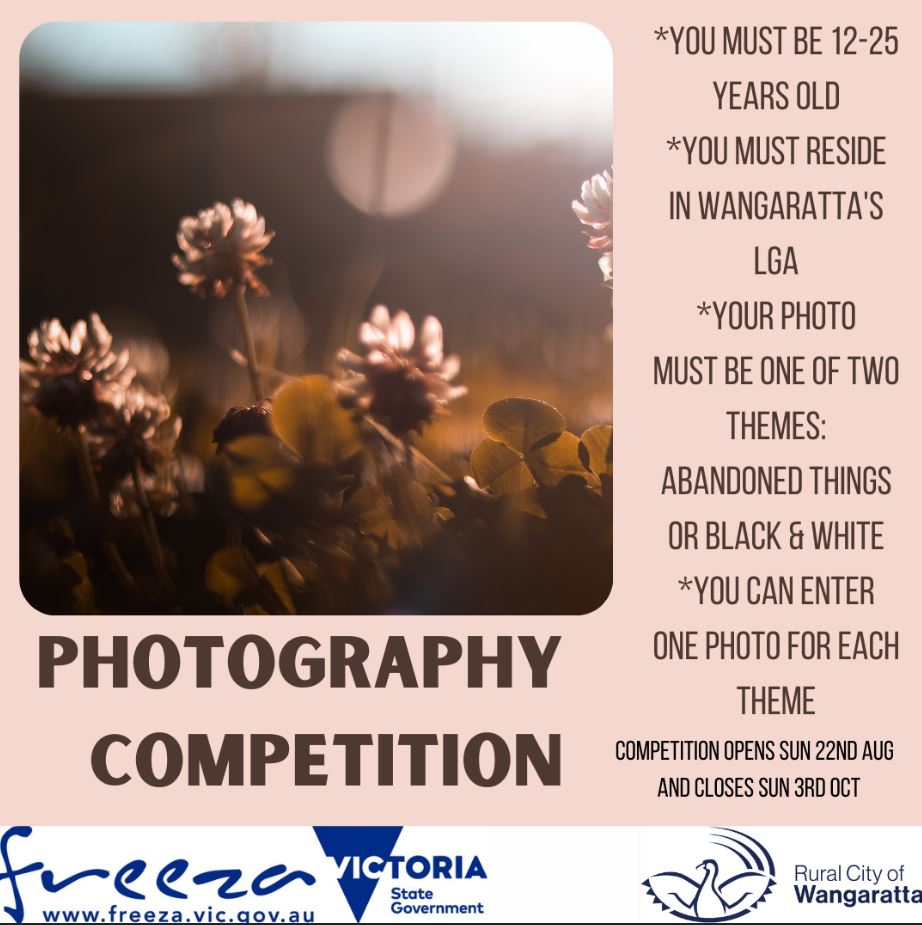 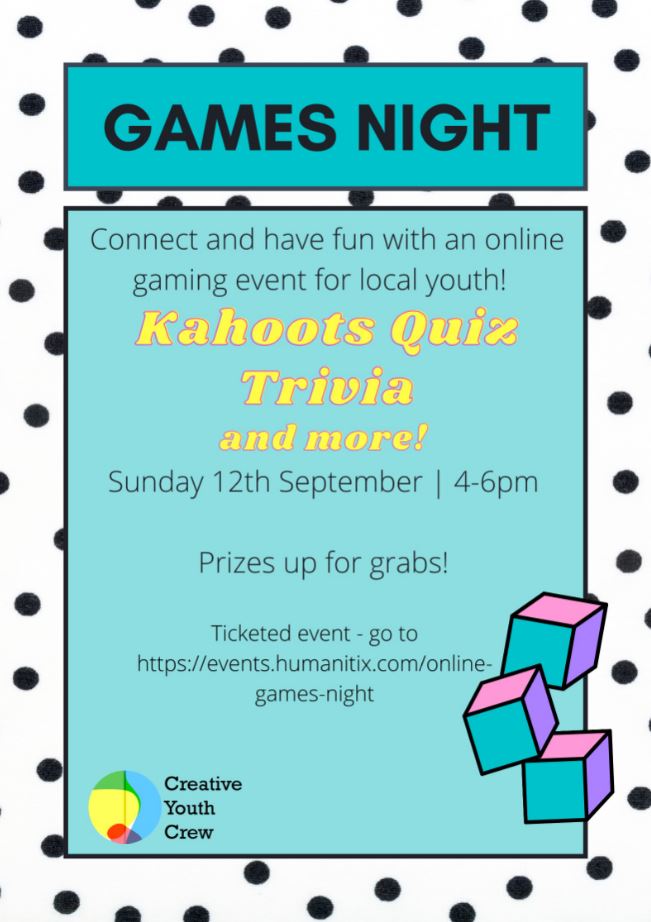 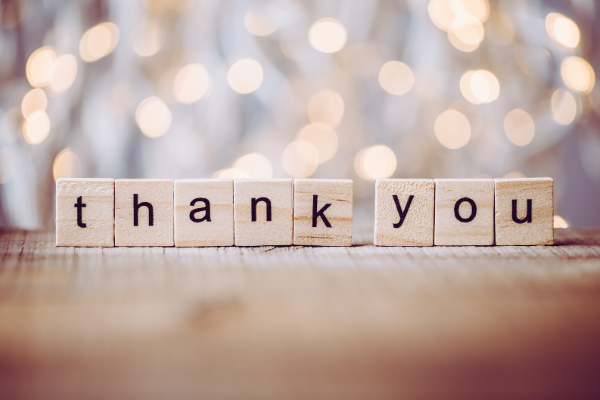 We would like to thank all our wonderful sponsors for supporting our school and providing opportunities for our students.
The sponsor-ed Group